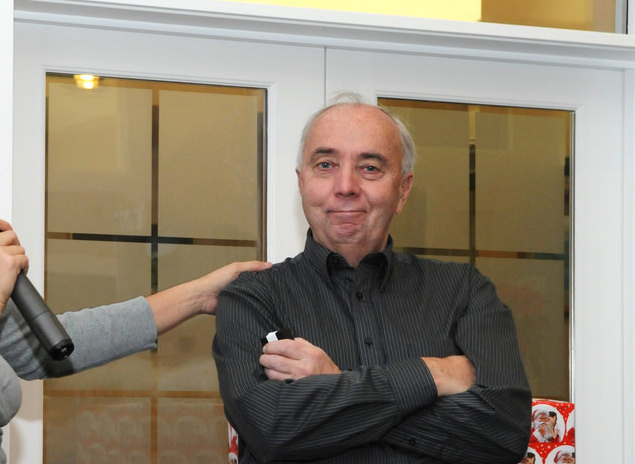 It is with a broken heart we sadly announce the passing of Keith Charles Jacobson. Keith was born in Saskatoon on March 30, 1945 and on June 25, 2016 cancer stole him away from us. He left behind Karen, his loving wife of 49 “long hard years” as he would say; his two daughters, Jaclyn (Wade), Jennifer (Darren); his 3 prized grandchildren Reaghan, Samuel, and Alena; his brother, Ron, his sisters Lenore and Gail (Bob).

Keith, Karen, and their Rider Pride, moved to Vancouver in 1968 so Keith could start his career as a Journeyman Pressman at Pacific Press where he worked until his retirement in 2009. During his career, he held various positions within GCIU Local 25 including President; Vice-President; Secretary-Treasurer; Chair of Area Council; and Shop Steward. He sat on the Bargaining Committee to successfully negotiate several Collective Agreements. Keith was a tireless volunteer who gave back to the community without asking for any recognition. He got the bug for volunteering as a PAC member at Waverley elementary in 1975 and went on to start at the Killarney Community Centre in 1980 where he held many positions including:

He had a strong voice and was an advocate for the community. He was an integral part of the redevelopment of the new Killarney Community Centre that opened in 1999. In his final days, Keith’s leadership and passion continued as an active Building Committee member working on the new Killarney Seniors Centre project which is scheduled to open in 2018. Keith’s sense of humour was beyond compare, he was kind, caring, compassionate and most of all, authentic. He believed in judging people by their actions not their words. The world has been left a better place because of Keith. The family would like to thank all of the doctors, nurses,and staff who helped dad for their kindness and support. In lieu of flowers, donations to www.bccancerfoundation.com in Keith’s name would be greatly appreciated.